There's this "Omega" person running running around trying to tell people how to spell my name, and frankly, it's starting to piss me off. What kind of name is 'mcian' anyway? Is it an anagram for something? Does it stand for "My cat is almost naked" or something?

So far, only BornToRun, SweatyManBoer, and OO Kyle seem to have gotten it right. Well, okay, originally it DID stand for "M.C. Ian", my Irish Rapper alter ego. I was the biggest thing in Belfast for a while there, until the bloody wankers cut off me John Thomas at the yearly Guy Fawlkes celebration. Hip hip, cherrio, bollicks, and all that sort of rot.

In any event, I hope this ends the debate once and for all. "McIan". THE OFFICIAL FREAKING SPELLING IS "McIan", already.
Thank you for your support.

your name can mean whatever you want it, but if it was M.C. Ian, wouldn't it be MCIan, with three capitals? instead of sounding like a burger?

just buggin. I do hear what you are saying about your name.

Oh no. Clearly MCIan would be far too corporate and add too much confusion. M.C.Ian is fair but it is the 21st century so perhaps its best that such names are gone.

I am personally happy that you have taken the time to clear this up. Its good to see that we now know how it is properly presented.

Please have a dollar for your fund.

I'm just gonna call him mcian, cause that's what his name says. I mean, I know how to use a shift key, and Lucky knows how to use a shift key, so I figured it's pretty much common knowledge. Sooooooo I'm gonna stick with "mcian." Or maybe "turdpants," "hamburgler helper," or perhaps my most scathing name yet, "captain retardo, intergalactic doofus."

"mcian, it's just like McDonald's, but without all the good parts."

wow mcian must have some amazing powers to continue to post after having his account locked out by the mods and his email address changed.

Both loonies & toonies have heads.


Here is an arial photo to confirm this fact. 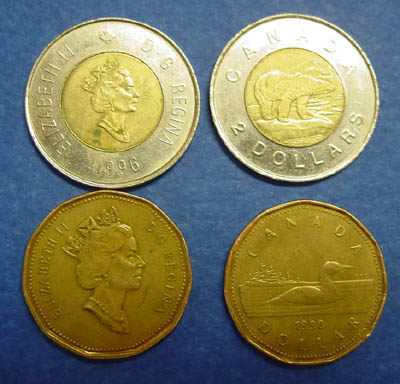 Ok, are we done here?